When we spoke to our School Council about a project that they would like to implement in school they came up with the idea of “Operation: Dream Job”. This project would give every child from Years 1 – 6 (360  students) the opportunity to select a career that they would like to pursue later in life. The aim was for the children to see a direct link between the skills taught to their application in their chosen career. It would also provide the opportunity for the children to work with a range of their peers across the school, not just from their specific class, year group or key phase. For staff, it was a way of trying to boost the children’s educational and career aspirations in a fun and engaging way.

School Council decided that the children would take part in a weekly session that would teach and explore key skills needed in their chosen career/profession. They formulated a provisional list of professions that they thought would be popular amongst the other children. They also advertised and called for other children to contribute to the list using our School Council noticeboard. Finally, staff were asked to sign up with any special skills or talents they possessed which could be used in the project. Eventually a list of 16 careers was comprised that would cater for the devise needs, skills and interests of our children:

Staff, including support staff and the Senior Leadership Team, then chose a career that they felt they could best teach the skills for.

The project was finally revealed, along with the career choices, to the rest of the children in detail and they were given the opportunity to vote on their top four careers. They were then all divided by their chosen careers into mixed age groups of 22 and assigned their career.

The project launched and took place every Thursday. During this time all children move to their assigned career room, which takes place in the classrooms, ICT suite, hall, playground, staffroom and many other locations around the school. Staff have planned a progressive and connecting set of skills to build upon for the duration of the project and each career has an end celebration.

In a survey conducted by School Council, that they ran half way through the project, it seemed to affirm their hopes for the project. Feedback included: “Operation Dream Job is the best operation in the world”. Another child wrote “You get to see new classes and play with new people” – an aim that School Council had originally wanted to develop within the school. Other children wrote: “We get the freedom to do what we want in our sessions. We decide what we do”. “I don’t know another school that does it. It makes our school cool”.

Ultimately the project has helped to develop positive relationships between staff and students across the school. It has given children the opportunity to feel like they are in the driving seat of their learning and future. School Council felt immense pride and power in bringing their project to life. 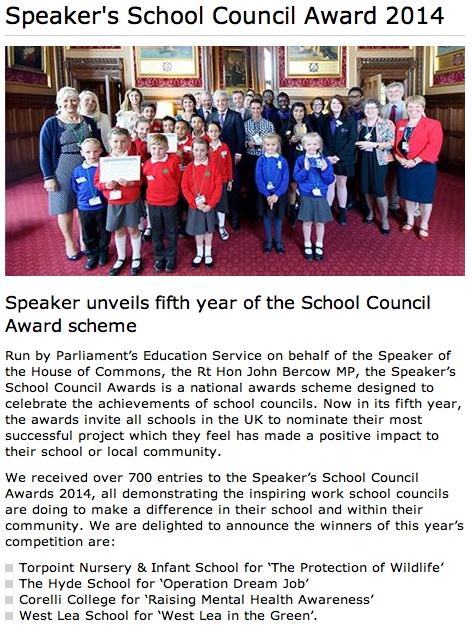